How to Build Self Confidence

Abdul Kalam wrote many books, counting an autobiography –Wings of Fire(1999). Among his many awards, the Padma Vibhushan (1990) and the Bharat Ratna (1997) were the country’s highest honours,. 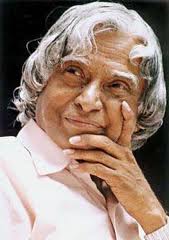 Permanent link to this article: https://name-fame.com/quotes/abdul-kalam-quotes/